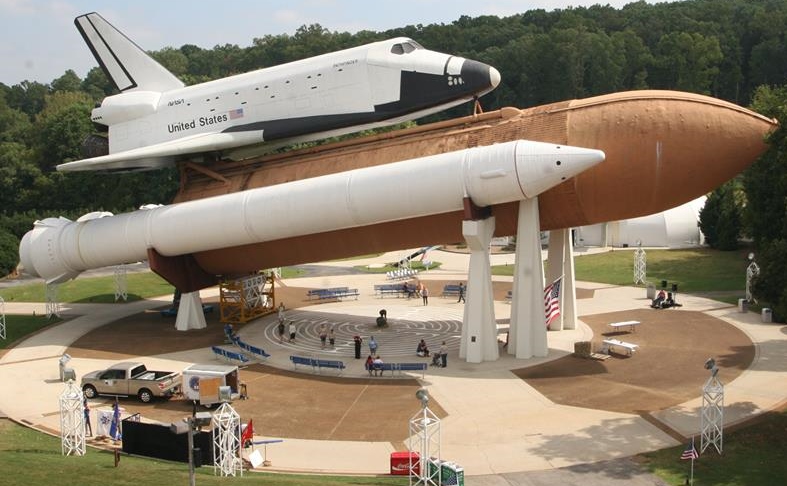 Across our country in living rooms, basements and bars live an invisible population: The Walking Wounded and their families.

For older Americans, December 7th 1941, Pearl Harbor Day, signified the electric moment of transition when the world changed. While Veteran’s Day, November 11th is the national day of remembrance for all who have served in our armed forces, for younger Americans, September, 11th is their Time of Turning.  From that day onwards, nothing has been the same for thousands of young men and women who have gone to war.

Recognizing this connection for younger Veterans and their families, for the last two years Turning Point Consultants LLC has conducted a ceremonial Honor Walk in a labyrinth under the US Space Shuttle, Pathfinder at the US Space & Rocket Center, Huntsville, AL on the Saturday closest to 9/11. This Honor Walk includes not only our Veterans, their families and our First Responders, but the entire community is invited to participate in honoring and supporting all who have been deeply impacted by the tragedy of war. 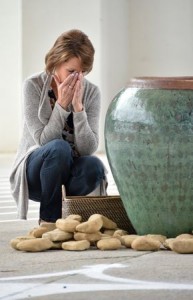 Those who participate in the walk are invited to fill out In Memoriam cards for the dead, and to carry heavy rocks to the center symbolizing any grief they may carry in their hearts, then, if they are able, to put down that rock and pain in the labyrinth giving it over in a place that is big enough to hold it, into hands stronger than our own. In the center stands a large cistern of water blessed for healing.

An older woman with four young children came up to me at the entrance to the Walk and said, “Thank you.” I replied, “I’m glad you found it meaningful. Tell me about it.” Immediately her shoulders sagged as she said, “My son was in Afghanistan.” I nodded accepting her statement asking gently, “Was he killed?” “Oh no,” she said, “But he’s changed. He’s not the same. He sits on the sofa all day staring into space. He can’t hold a job, and these children have lost their father.” I observed quietly, “And you, Ma’am, have lost a son, is that right?” She melted as though it was the first time this awful loss had actually been named and said, “Yes.” I asked her then if she had used the Honor Walk for her own grief. She looked surprised, “May I?” “Of course,” I responded. “Take a rock for the deep pain for your son that you carry in your heart.”  She did, and began her own heavy journey to the center where she put down the rock and reaching her hands into the water splashed it over herself soaking face in its coolness. Then she walked straight to me flinging herself into my arms, tears streaming down her face, saying, “Thank you! I didn’t know that anyone cared about us.” Her grandson, maybe five years old, then walked the labyrinth perhaps as many as four times and taking an In Memoriam card he wrote the poignant words,“Mi Dad.” 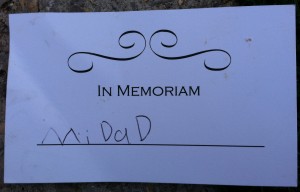 While the Honor Walk is a small gesture of respect it is now past time for us all to dig deeper, imagining ways to befriend and walk alongside those who feel hopeless and helpless, learning how to welcome all the Mi Dads and moms and their families back into the world of the living, into hope and opportunity, so that the Songs of their hearts may be heard again. They must not walk alone.