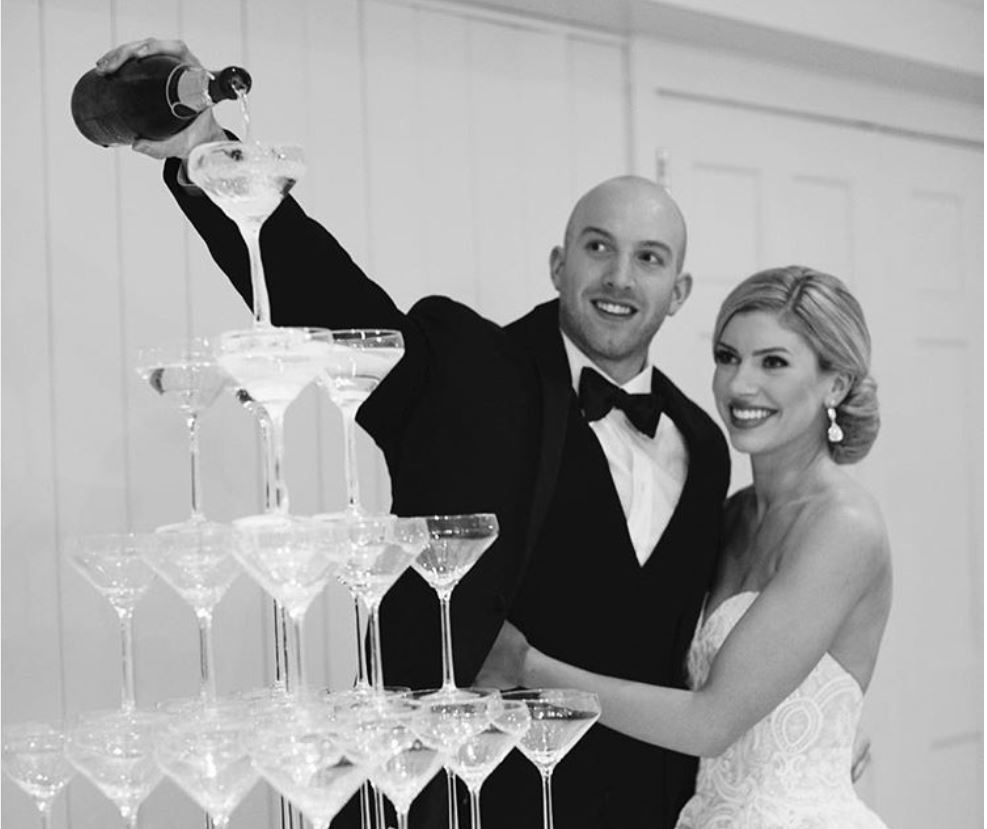 Our daughter Wynona Jane was married on Saturday to Keric Lickerman.  In lieu of a blogpost, here are the notes for the toast made by the FotB (father of the bride):

Welcome to all of you.  We’re glad you’re here! Beryl and I particularly want to welcome Keric to the family.  When I’ve told people that Jane was getting married, invariably they ask what I think of Keric.  As some of you know, we raise trees on our family farm in Missouri, so my stock answer is that Keric won my heart the first time he came to Star Lake, when he showed up with his own personal chain saw.  But of course, I know Keric has more than his work ethic and mechanical talent; much more.  When I met Stephanie and Dave, I said that Keric seems to me like an “old soul.”  I admire the way he cares about others; he’s already learned to value the things that are valuable.  He’s going to be a fine doctor.  I don’t see it often, but I know he has a dry sense of humor.

If you’re a smart parent, you keep pretty quiet about the young men and women that your sons and daughters bring home.  Jane in particular is very independent; she has always known her own mind.  There aren’t too many 25 year olds who have founded and run their own successful business.  She matches Keric in her care for others, her intelligence, and her drive to succeed.  I am so proud of her!

When it comes to potential in-laws, parents are on the welcome committee, not the selection committee.  But I think it’s fair to say that these past few years, Beryl and I have hoped and prayed for this night.  Keric, I know you’ve been a fine son to Dave and Stephanie.  Now, you’re going to be a fine husband, father, and son-in-law.  I only regret that you came along after you would have had the chance to meet my father and Beryl’s parents.  I believe they’re smiling down on both of you tonight.  I think of Lillian Miles, a grace-filled woman who was a guest at our wedding, who came up to Beryl that day and said “You’ve had a storybook wedding.  Now have a storybook marriage.”

So, we’re here tonight to remember the past, to celebrate the present, and to bless the future.  Eugene O’Neill once said, “Man is born broken.  He lives by mending.  The grace of God is glue.”  You two are not broken – far from it.  But those of us who have made the journey you’re just starting know that the road has its sharp turns and bumps.  So we – your families, your friends– are here this evening to offer glue, as much glue as we can bring to the table.  That’s what Lillian was offering when she wished us a storybook marriage – glue.  Keric and Jane, I hope you’ll think of the people in this room as a never-ending supply of glue – of love and support – for your marriage.  So if you have glue to offer Keric and Jane this evening, I invite you to join me in a toast.  To Keric and Jane, that you may always have all the glue you need!

Standing on the Shoulders of Saints