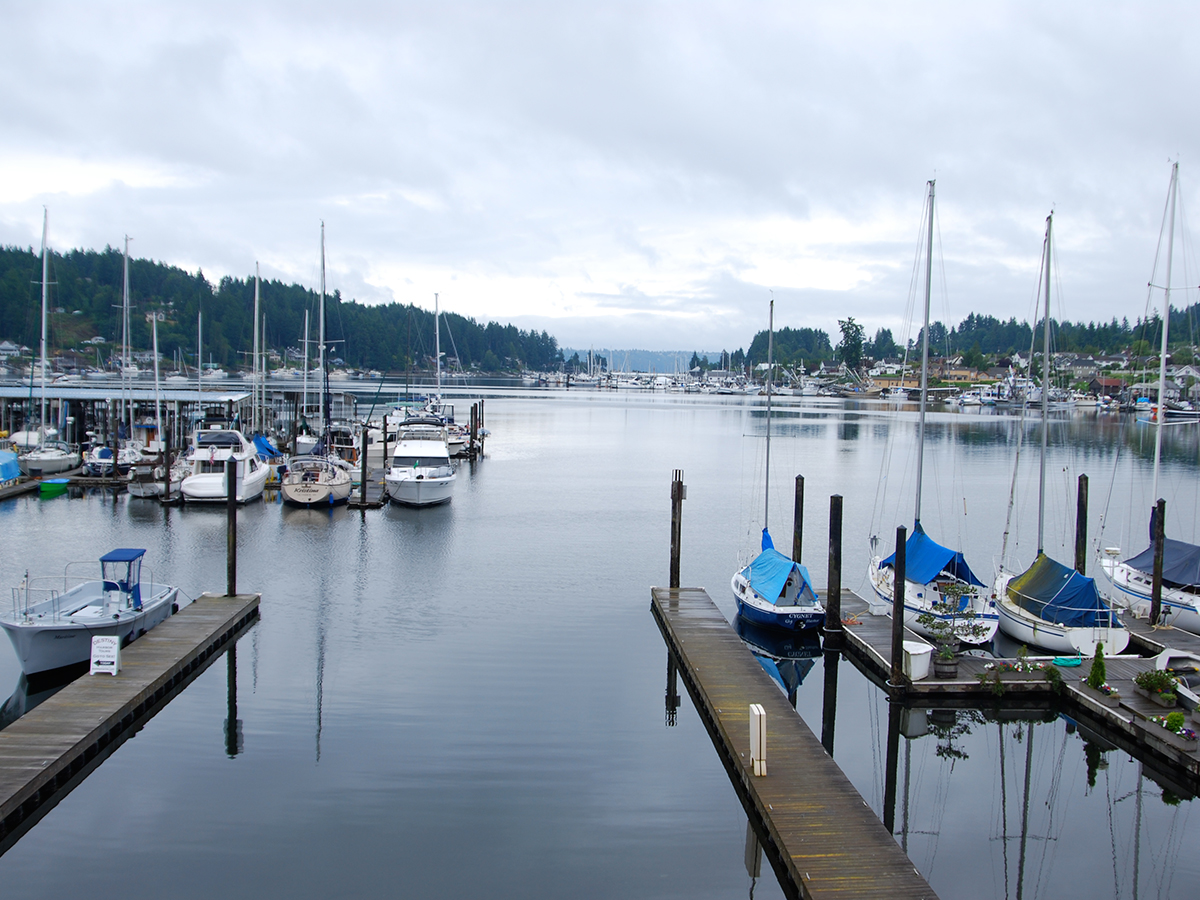 Our plan to explore Lake Superior involved renting a motor boat. How hard could that be? We figured Fred had pulled plenty of ski boats, and Sarah and Lisa had kayaked extensively.  Besides, I’d taught water aerobics for years, so we had plenty of aquatic experience, right? Boating on the largest freshwater lake in the world: what could possibly go wrong?

I’m not saying our credentials weren’t solid. It’s just that when Captain Bob sent his boating questionnaire, our Lake Riley experience didn’t hold up well. Truthfully, we didn’t quite understand every question asked, which was probably a bigger tip-off to him than us.

After late night discussion, we conceded and asked Captain Bob if he would consider captaining the boat for us. This was our most solid decision in days.

We arrived promptly at the dock of the Madeline Island Marina, and Captain Bob greeted us. A big bear of a man, Captain Bob took charge in a gentle yet reassuring way, suggesting the coolers on the gunwales be moved to the deck and offering my XL husband a seat in the stern.  We hadn’t even pushed off, and Captain Bob knew he’d made the right call. His boat was safer with him at the helm. So were we.

Marvelous things can happen when we acknowledge our limitations and risk being vulnerable. When we allow our rugged self-reliance to step aside for a moment so that others can see our tender spots, we create space where intimacy can thrive. 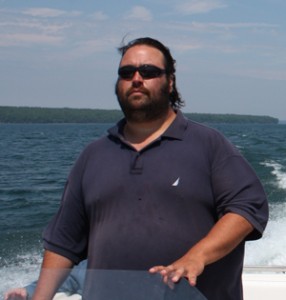 Having summered on Madeline Island his whole life, Captain Bob grew up connected to the rhythms of nature. He studied boat repair, went to Chapman’s School of Seamanship in Florida to hone his skills as a boat captain, and combined his love of boats and love of the island into an integrated life.

Captain Bob stood at the wheel, pointing to eagles’ nests, eaglets, and the lighthouse at Raspberry Island. Stories of Ojibwe spirituality peppered his banter as we cruised towards the sea caves at Devil’s Island.

Some of the sea caves on the northern shore of the island were large enough to tuck a motor boat inside. Captain Bob guided us in to what he called “the boat garage.” He cut the motor, and Steve started singing.

Tell me why the ivy twines.

Tell me why the stars do shine

Tell me why the sky’s so blue.

And I will tell you just why I love you.

Because God made the ivy twine,

Because God made the stars to shine

Because God made the sky so blue

Because God made you, that’s why I love you. 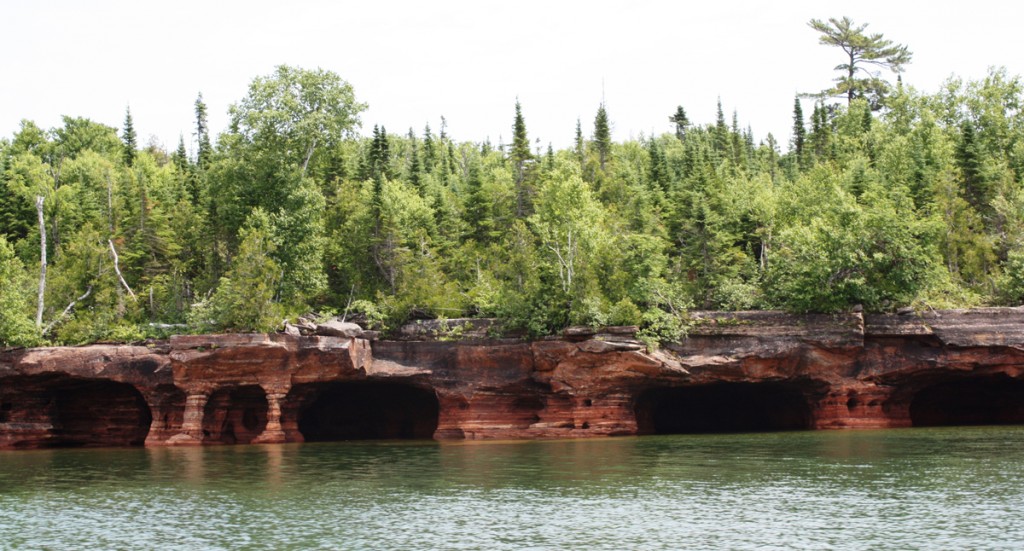 The sound was alive, bouncing off the water, walls, and ceiling of the sea cave. It was as if the very walls were remembering that God had crafted them, singing back to us their song of creation.

Captain Bob couldn’t have known his Gilligan’s Island passengers included a former Catholic priest, a former nun, a chaplain, and a cantor for Sunday worship.   And yet, in this moment, he was our spiritual guide. He had brought us to this place so that we might learn that sandstone sea caves are created over a million years, carved from the wind and waves.

Captain Bob talked of the Ojibwe’s “eighth fire”, where humankind would choose a course between technology and spirituality, either heading to destruction or to a new level of awareness. His words made sense in a frightening and powerful way.

We are not innocent bystanders, watching the sea caves change over time. We are co-creators. Even our smallest decisions make waves. Our innovations can have devastating unintended consequences.  DDT, Thalidomide, asbestos, nuclear power; our advances carve openings in Mother Nature’s rock that offer new insights or nightmare scars, and sometimes, both.

As we motored away from the sea cave, I looked north into what the Ojibwe called “Big Water.” Miles of Superior’s inland sea stretched, with no shore line in sight. I was reminded of the fisherman’s prayer: Be kind to me Lord, for the sea is very large, and my boat is very small.

Turning to look at the sea cave one last time, I added my own prayer. Lord, have mercy.

To book a cruise with Captain Bob, click here http://captainbobsmarina.com/